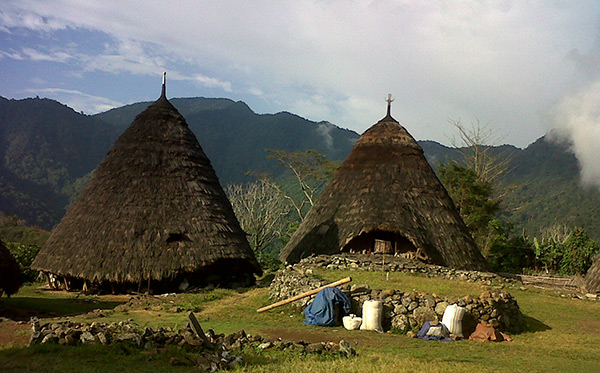 Ruteng is the capital of Manggarai Regency that was once ruled by the kings of Bima. The influences of Bima and Goa are the evident in prevailing titles, such as Karaeng, and in the manner of dress. The shape of the roofs with the buffalo horn symbol may be an element inherited from the Minangkabau. The cool town of Ruteng lies at the foot of a mountain. It can be reached by air from Kupang or Denpasar via Bima, or by ferry from Bima via Labuanbajo, or from eastern part via Ende and Bajawa. Beside the fame Komodo lizards, the area has many attractions to offer the tourists, such as the caci dance, a wildlife reserve, and archeological caves.