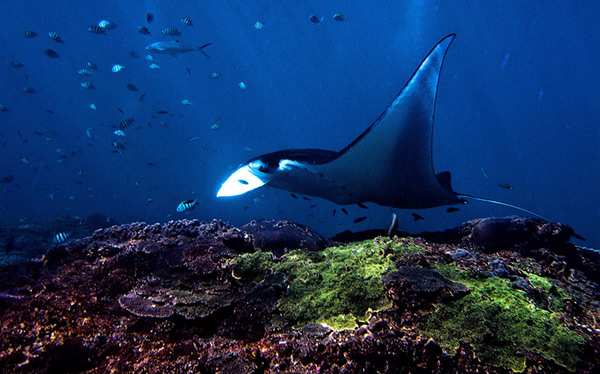 From September to January, there will be high densities of plankton attract many large manta rays that can normally be seen swimming on the surface along the shores and rocks along southern Komodo Island. The nearshore water is quite shallow (5 - 20m deep) and is composed of large rocks and boulders that shelter huge malabar grouper, potato cod, napoleon wrasse, schools of surgeon fishes and red snappers. Cooler water from the upwellings off the south coast provide a nutrient-rich environment in this area. There is usually current at this site and a drift dive is usually the best way to go depth.