About Komodo Island : The conservation 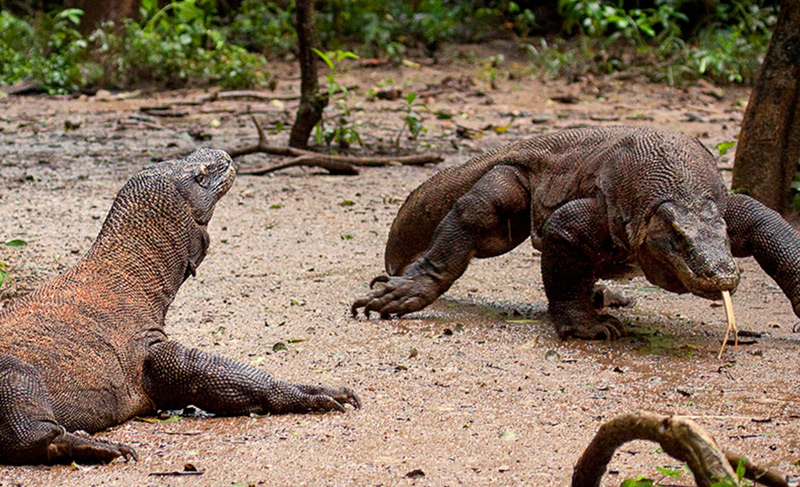 For centuries, a local tradition required feeding the dragons by leaving deer parts behind after a hunt or by sacrificing goats. In the past, this practice has maintained a friendly relationship with the animals, which can live for more than 50 years and recognise individual humans. Ancient taboos also strictly forbid harming the komodos, which is why they survived here while they became extinct elsewhere.

Since 1995, the national park authority has been supported by The Nature Conservancy (TNC), that is, an American environmental organization. A new management plan was co-authored with TNC and implemented in 2000 to address the problem of increasing resource exploitation, both marine and terrestrial. The goals for Komodo National Park are to protect its biodiversity, particularly the Komodo dragon, and the breeding stocks of commercial fishes for replenishment of surrounding fishing grounds.  The main challenge is to reduce both threats to the terrestrial and coastal marine resources and while avoiding conflicts between stakeholders.

A comprehensive 25 year management plan completed in 2000 provides the basis for adaptive management to regulate all uses in the park and address threats while maximizing benefits for local communities in a sustainable way.