Padar Island as the Part of Komodo National Park 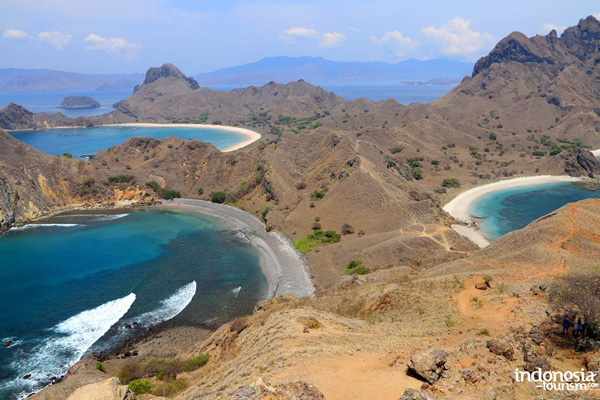 Indonesia should be proud of Komodo National Park. It becomes a hit among tourists. Not to mention you can find many islands nearby. One of them is Padar Island. The best lure is its nature scenery. It becomes a perfect location for trekking, taking pictures, relaxing, and much more. Even though it is less popular than its neighbor, Padar is a worthy place for a vacation. The problem is its accessibility. You should spend much time and efforts to reach the island. No worries. It won’t be a waste.

Exploring Padar Island
The best thing in Padar Island is its landscape. There are many high hills here. Due to this reason, more people come to the island for trekking. Even though it takes much energy, it won’t be a wasteful effort. From the top of the hills, you can see a clear sky, beaches, and nearby attractions. The atmosphere is awesome. You can take this opportunity for photography, relaxing, or even painting! Padar Island has higher hills than nearby islands, actually. No wonder, it is more popular among trekkers.

Padar Island becomes more popular every day. It is because visitors often post it to their social media accounts. Some foreigners are likely to visit this island. That’s for sure. Most of them want to take selfies on the top of the hills. The locals also want to promote the island to more tourists. Indonesia should be proud of it. Padar is part of Komodo National Park region. That means it is as popular as nearby islands. In fact, it is also located near to Pink Beach.

In order to reach Pink Beach, it takes about 40 minutes by a speedboat. It is another attraction near to Padar Island. Here is the fact. The island has no population. You shouldn’t expect many people here. On the contrary, you can easily find wild animals, especially Komodo dragons. The best thing to do is trekking. The island features steep hills. It takes much energy and time to reach the summit. There are no stairs and protections at all. Thus, you should be careful when trekking.

Trekking is the most popular activity in Padar Island. Here is the tip. It is better to bring a hiking stick. Why is that? It helps you retain a balance while trekking, especially for beginners. Just because Gili Padar Summit is easy to reach, doesn’t mean it is going to be a flawless trekking. One thing, there is no public boat to reach the location. As a solution, you must join an open trip. Having a tour package is also a good idea. Make sure that it includes a trip to Gili Padar

How to Get There
From Bali, you can either use an airplane or a bus to Labuan Bajo. It is faster and more comfortable by air, though. Once your reach the location, you need to use a ferry to Padar Island. Usually, it takes about 2-3 hours. Make sure you bring proper equipment, snacks, and drinks. As for accommodations, you should have had it in Labuan Bajo. 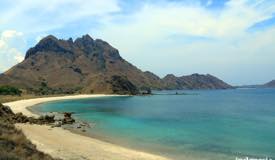 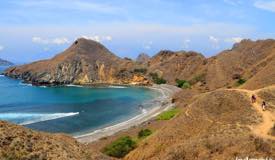 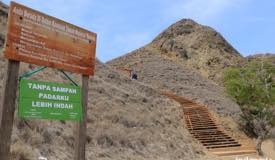 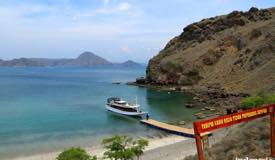