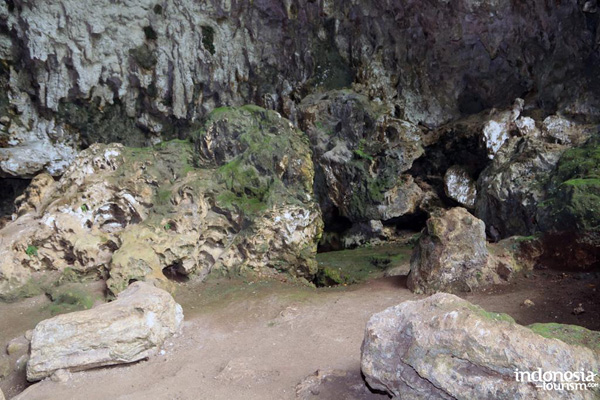 For those who are visiting East Nusa Tenggara Province, there is famous nature tourism called Liang Bua. It has become nature museum and the pride of Ruteng District, in fact. The location is in Rampasasa Village and it has been attracting many visitors both from nearby villages and other provinces. Liang means “a cave” and Bua means “cool”. It is true the cave emits a cool and refreshing atmosphere since it is located in the midst of wild environment. Apart from a comfortable nuance, the cave becomes a favorite site for archeologists!

The Nuance
According to the locals, there were Homo Floresiensis fossils found in Liang Bua. The experts even said the cave had been formed since Middle Miosen Era, which is about 15 million years ago. In terms of size, the cave is enormous so tourists are able to explore it wholeheartedly. The mouth of the cave is big and there are stalagmites and stalactites inside. Also, there is a path of stairs, on which visitors can walk comfortably. The location is near to the mouth of the cave. Not to mention several plants and trees surround Liang Bua abundantly.

Exploring Liang Bua
Considering its uniqueness and age, Liang Bua becomes a significant reminiscence of the pre-historic era. In fact, the world has included the cave in the list of the most important archeological sites on the planet. Not to mention it becomes one of the best caves in Flores Island. The most recognizable attraction is the fossils of Homo Floresiensis (the people of Flores). The weight is about 25 kg and the height is about 100 cm. Also, the fossils have the age of more than 13 thousand of years ago.

Apart from researchers and archeologists, the cave also becomes a favorite site for tourists. Visitors keep coming to this cave for sightseeing and an adventure, as the size of the cave is quite big. Due to its enormous size, it is better to come with a tour guide. This person would lead you to the cave efficiently and tell you some history of Liang Bua or Hobbit Cave (another name of it). It is true you need to spend money for such service, but is won’t be a disappointing.

Another activity to do in Liang Bua is photography, as the structure is quite unique. The formation of stalagmite and stalactite is charming and there are many karst stones as well. This is definitely a heaven for travelers. Not to mention the atmosphere is refreshing, as it is located in the midst of shady trees. Once you explore the cave, you can even conduct an adventure to other locations like waterfalls and a city square!

How to Get There
Your first destination is Manggarai Regency. From Kupang City, it takes about 27 hours and the distance is 788 km. Once you reach Manggarai, your next destination is Ruteng District and lastly Rampasasa Village. The location of the cave is easy to reach, so tourists won’t get troubled looking for it. As an alternative, you can take advantage of the help of a tour guide. Now that is a good idea! 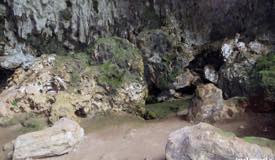 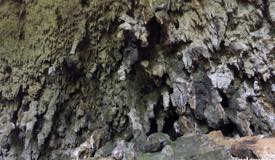 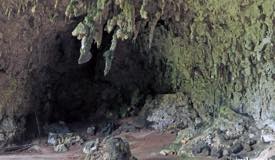